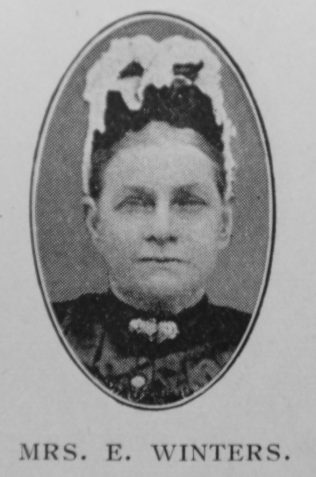 Mrs. Elizabeth Winters died at Hutton-le-Hole, in her 74th year, having been fifty-three years a member of our church. As young married people Mr. and Mrs. Winters found themselves kneeling at the same penitents’ form at Hunmanby soon after their marriage. Everywhere, Mrs. Winters was true to her religion. During their residence in South Australia, she took a prominent part in working a Sunday School in the settlement. Her latest years were spent at Pickering and Hutton-le-Hole.

It was characteristic that a few days before the end came, on June 19th, she had the class gather in her bedroom for the weekly meeting. Naturally of a religious disposition and trained a thorough Methodist, Mrs. Winters blessed the world by her character. She leaves a husband who shares her devotion to the church and is a faithful worker and ardent Primitive Methodist.

She was interred with the rites and ceremonies of her own church at Pickering, on June 23rd, by Revs. T. Graham and I. Cousin.

Elizabeth was born abt1837 at Sheffield, Yorkshire. Her father was called John.