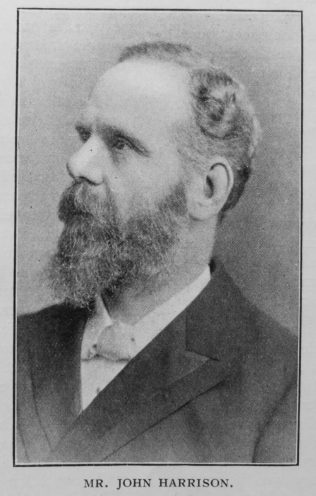 Transcription of article published in the Primitive Methodist Magazine by William R. Bird

IN the passing of him whose name heads this page a conspicuous figure, a rare personality, has vanished from our Connexional life. Looking back to other years, we recall his masculine presence, for he was every inch a man; his sparkling humour, his chivalrous spirit, and his robust piety, in which there was so fine blending of sweetness and light. One of our choicest poets says:—

“Let each man think himself an act of God,
His mind a thought, his life a breath of God;
And let each try by great thoughts and good deeds,
To show the most of heaven he hath in him.”

On this elevated plane this exemplary life was lived. From a cottage home, and aided by few material advantages, he qualified for the law, and rose so near to the top of his profession as to become the Town Clerk of the City of Leeds. Remembering always his own past, he was a generous helper of others, and we have in mind the names of some who through his kindness have risen to positions of distinction in the legal world. All this is good, but we remember him more particularly as an able Local Preacher and a Class Leader who knew how to lead. He had an unique genius of arrestment by which he would hold his members, and a wealth of soul from which those who sat at his feet were edified and stimulated in their spiritual devotion.

Then, further, he was a born Sunday School Superintendent, and knew how, by brightness and firmness, to interest and mould to his will the scholars under his care. The vision comes to us of the man who, at the communion-rail in the after-service on the Sabbath evening, would pour out his soul in earnest prayer—that the unsaved ones might be gathered into the fold. Often have we seen  them, as he prayed, coming out of the darkness into the marvellous light. There was a richness in his fervour, a thrill in his pleading, a sublimity in his faith which we can never forget. As an official of our Church, for he was Treasurer of the Sunday School Union—he won by long years of loyal service a place in the hearts of all who came into contact with him.

And what we have so far written simply portrays the outer man. We are but gazing upon the surfaces, but to those who came into closer closeness with him other qualities came to light. Mr. Harrison was never, so far as we knew him, self-assertive or obtrusive, and some of the finer traits of his character only became visible in the limited area of personal confidence. It is well known that he made handsome gifts to several of our churches, but only a few know how his generous hand aided many a weaker brother. He certainly did good by stealth and blushed to find it fame. Here and there in many after days we learnt of the helping hand which had saved a half-wrecked one in the hour of trouble. Men who have not done one-half he did have had their names trumpeted to the ends of the earth. The quietness of his charity was exceedingly beautiful. The one thing that has ever stood out to us in bold relief—more boldly indeed than any other quality—was his unflinching adherence to principle. He could never be bought or sold. There was a spiritual as well as a moral grandeur about his immovable tenacity. When once he had seen the right course in any question or policy, he could never be turned aside. He was as solidly based and truly impregnable as Mont Blanc. This does not imply the persistence of stupidity or the rudeness of obstinacy, but an open, intelligent, honest conviction of what was genuinely right in the sight of God. In the light of this conviction there was a rigidity and firmness of purpose that was ever crested with splendour. More than once this high conscientiousness meant sacrifice and loss—sometimes the desertion and coldness of old-time comrades, but he stood his ground. His heroism was brilliant, and we have known those who at first more than half-censured come round to express their admiration and acclaim his worth. Men of the world know how to appraise the value of a brave and noble man—who for high principle dares to stand alone. Such are the very salt of the earth.

In the passing of so useful a worker, so warm and devout a spirit, in the withdrawal of so beautiful a life, the Church becomes incalculably poorer; and yet, all is not lost, for who can ever say how much of his life has passed into other lives, which in their turn will help to inspire others? So his influence must flow on through the ages to the very gates of God.

Finally, we are concerned rather about his departure, in its relation to civic concerns and the larger world life. These are degenerate days, when men often make subtle calculations between expediency and principle. Often, alas! expediency wins irrespective of what is right. Society cannot afford to exchange heroes for cowards. Yet even here all is not lost, for the incorruptible honour of this brave man may have awakened a germ of life in some unknown heart or hearts. And, by the blessing of Him who watcheth within the shadows, others, as a result of John Harrison’s life, may be found as real as pure gold in the day of the fiery test. There was something about his death that seemed to us like the man. Between home and office, in the crowded busy street, he suddenly yielded up the ghost—no weeks of dying, with the usual accessories of tears and sorrow, but in a moment of sweet surrender he entered into rest.

Our Church, thank God! has achieved some noble things, but, in our judgment, nothing greater than the producing of a good, great soul, and such an one was our lost leader and friend, John Harrison. He is gone to join

“The choir invisible
Of the immortal dead, who live again
In minds made better by their presence; live
In pulses stirred to generosity,
In deeds of daring rectitude; in scorn
Of miserable aims that end with self;
In thoughts sublime that pierce the night like stars,
And with their mild persistence urge men’s minds
To vaster issues.”

John was born on 15 March 1848 at Wortley, Leeds, Yorkshire, to parents William, a miner, and Mary. He was baptised on 16 April 1848 at St John the Evangelist, Wortley.