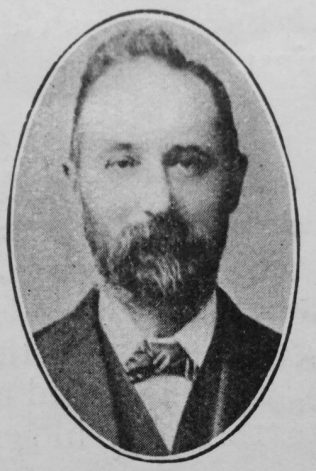 Transcription of obituary published in the Primitive Methodist Magazine by H.

By the death of Mr. James Heath, which occurred on January 20th, 1908, after a lingering illness, the Reading Circuit has lost one of its most esteemed officials. Born in 1845, he was converted at the age of eighteen, and at once began to take an active part in religious work. Removing to Reading soon after his conversion he joined our London Street Church, but when the Friar Street Church was built he threw in his lot with the friends there, and until his death remained a consistent and useful member of society.

In every department of church life his influence was felt. For over thirty years he was president of the choir; for many years leader of the Young Men’s Bible Class, and during the last few years of bis life he occupied the position of Chapel Steward. Quiet and unassuming in his religious life and work, he showed himself a true servant of God. His kindly actions and helpful counsels will long be remembered by all privileged to know and work with him.

The funeral service was held in the London Street Church on January 24th, conducted by the Revs. G. Standing and H.W. Snaith. On Sunday evening, January 26th, a funeral sermon was preached in the Friar Street Church, by the Rev. H.W. Snaith, who referred to Brother Heath’s long connection with the church, and to the splendid work he accomplished in connection with the same.

James was born in 1845 at Fawley, Buckinghamshire, to parents William Heath, a farm labourer, and Emma Harmon.

James initially worked as a labourer (1861), but after arriving in reading became a grocer.

He married Esther Doe (1846-1884) in the summer of 1869 at Reading, Berkshire. Census returns identify four children.