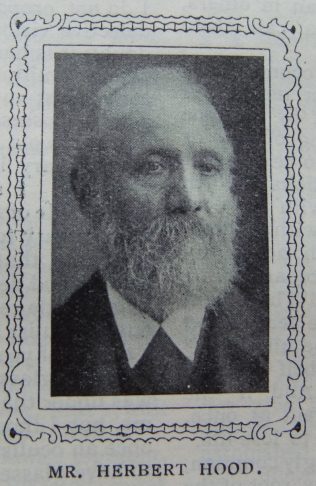 The subject of this sketch is to our liking. His chief trait is that of loyalty. He is a man of weight and worth, without pretence; a veritable village Hampden. Born at Kingsley (where he resides), January 7th, 1850, he was converted in 1867 under the ministry of Miss Smith, one of the preachers of Ramsor Circuit, which then included Cheadle Circuit. Ever since our brother has laboured abundantly. Being the son of a local preacher, he had a good training, and became one himself. His devotion to duty is unquestionable.

There is no branch of Christian service in a Methodist society in which he has not laboured. He is a Temperance worker, and a trustee of the Kingsley Temperance Hall. He loves music, and for some time gave lessons in Tonic Solfa at the Froghall Copper Works during the dinner-hour. He usually acts as Precentor at our Camp-meetings. Only when out preaching is he absent from Sunday School.

At our last Missionary Meeting in his chairman’s address Bro. Hood said he had always been a Primitive and always would be till life ended. He was resolved to remain “Fixed on this ground.” Some easily yield to the blandishments and bribery of those who sit in high places; but this man is no reed shaken by the wind. Although subjected to such temptations, he remains invulnerable. His loyalty cannot be surpassed. He is reticent, but thoughtful, persistent, though quiet; an unobtrusive man who might pass unnoticed but for his fervour and faith. He is at home in the prayer-meeting or class-meeting, and at his best in Open-air services and Evangelistic meetings. He may be called a Camp-Meeting Methodist. He has given as much to the Centenary Fund as many in better circumstances.

Herbert was born in 1850 at Kingsley, Staffordshire, to parents Gilbert and Ann. Gilbert was an ironstone miner.