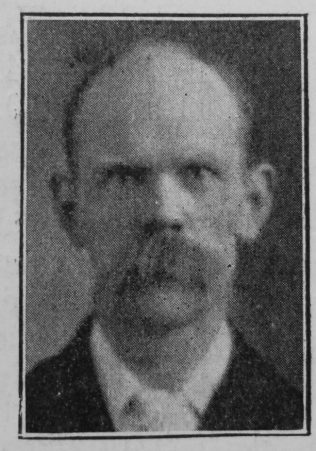 Transcription of Obituary in the Primitive Methodist Magazine by G. Porrill

John R. Harland,  of Snainton, Scarborough Ist Circuit, exchanged mortality for life April 18, 1907, after only a few weeks’ illness. He had the advantage of a godly training, and gave himself to Christ in early life. He has left his mark on both the Church and the village. As Superintendent of the school and choirmaster he rendered valuable service, and his place will be difficult to fill. The service in our own church on April 22nd was conducted by Rev. T. Granger and Mr. G. Porrill, and our brother’s best loved hymns, “My Jesus, I love Thee” and “Rock of Ages” were sung.

For the widow and five children, one of whom was but a few days old, and also for the aged parents, who lost another son in the June previous, the whole district was moved with sympathy. Though called away at the early age of thirty-seven, our brother had lived a strenuous life, and his service was rendered in a spirit of deep modesty. In death he was calm and confident, saying to his father, “God knows, and what He wills is best.” He longed to live for the sake of his wife and family, but he rested in God and was kept strong.

On the 26th an impressive memorial service was conducted by the writer, at which a large company was present. Our brother now serves and sings in the higher and fuller service of heaven. May his loved ones find comfort in this thought, and all live to greet him face to face on the eternal morning.

John was born in the summer of 1869 at Snainton, Yorkshire, to parents Thomas harland, a tailor & draper, and Annie Caroline Cross.

John followed the profession of his father, but his probate record records that in addition to being a tailor and draper, he was also a cycle agent.