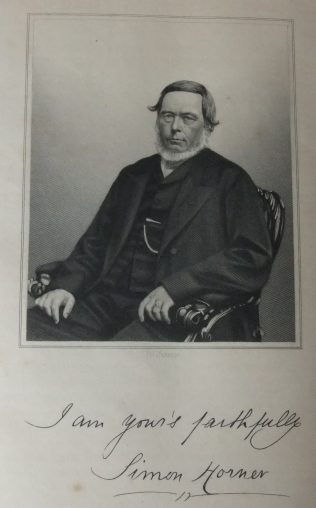 Simon was born abt 1797 at Sandhutton, nr Thirsk, Yorkshire to parents Anthony and Dinah. He was baptised on 25 Jun 1797.  Simon worked as a farmer. He was received into Primitive Methodist Society in 1819.

For many years he was an official in the York Circuit, holding the offices of class leader, local preacher, Sunday School teacher and Circuit Steward.

He was appointed a Deep Poll member of Conference at the 1864 Conference in York.

Simon was particularly active in the erection of the Fishburn Park Chapel at Whitby, Yorkshire.

His obituary records that he was esteemed by his brethren for his piety, which was of a plain, unpretentious, earnest practical type.