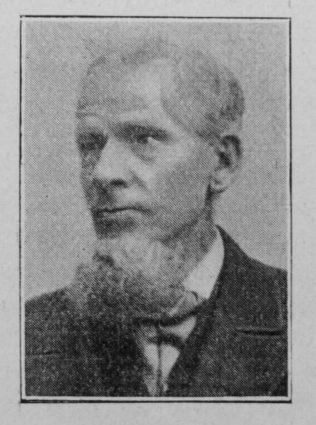 Transcription of Obituary in the Primitive Methodist Magazine by John Philipson

We regret to record the death of Mr. John Hartley, of Crawshawbooth, in the Helmshore Circuit. He was born at Burnley, Jan. 20th, 1839, and died at Crawshawbooth, August 7th, 1904, in his sixty-fifth year. His early days were spent in his native town, here, too, his married and family life began. Although in his home life there have been sunshine and shadow for the great reaper gathered some of their children to the heavenly garner, yet as he often testified, he found great comfort in the affection of his family and in the love and counsel of his wife.

The great spiritual change came into his life at Burnley. In the opening years of his manhood he gave himself fully to the Saviour and entered into the liberty of the children of God. This spirit of freedom was real and deep and abiding.

This was the foundation of his Christian character and life; whether in the valley of trial or on the mount of blessing he knew that he was a child of God, and that he was safe in the keeping of his Heavenly Father.

When Brother Hartley was twenty-seven years of age, he removed from Burnley to Crawshawbooth, where he and his family have been willing and devoted helpers, in building up the material and spiritual interest of Primitive Methodism.

He was greatly esteemed for his Christian character, his brotherly sympathy and “for his work of faith and labour of love.”

The Rev. Geo. Armitage writes of him: “Brother John Hartley was one of God’s choice gifts to the church at Crawshawbooth. He was a true Methodist shepherd, whose life and piety and Christian experience will live long in the hearts of those who were members of his society class. Then what a hearer of the Word was our brother, how appreciative, how inspiring to the preacher; his soul drank in the Word and his face shone with the heart gladness it brought to him.”

The Rev. Jos. Gearsley, in a letter of sympathy to the family, says: “Mr. Hartley was a good man, kindly and affectionate, loyal and brave, faithful and true. No one loved the Primitive Methodist Church better than he; in its prosperity he took the greatest interest, and for its ministry he had the deepest affection; his judgment and integrity, his faithfulness and work were ever of the highest order.”

We have the keynote to Brother Hartley’s Christian character and life in the one word, “faithfulness.” Among the beautiful wreaths sent as tokens of esteem and respect on the day of his funeral was one from his employers, whom he had served many years, with the few expressive words, “A faithful servant.” This spirit of faithfulness that he carried into his daily toil is seen also in all his life and work. His hopeful outlook, generous nature, brotherly sympathy and diligent labour, have done much to build up the spiritual interest of our cause at Crawshawbooth.

Brother Hartley has been a class leader atCrawshawbooth for at least thirty-seven years. He began with twenty members, and at the time of his death there were forty-three members on his class book, but what a number have passed through his class to the higher service of heaven, or removed to other fields of labour, who were counselled and comforted and inspired by him! His faithfulness was also seen in his devotion to the Sunday School. Toward the children he had much of the Spirit of the Master, who said “Suffer the children to come unto Me.”

His Christian life also found expression in visiting the sick: he was especially fitted for this department of work. Many afflicted and sorrowing ones, and many passing through the “dark valley,” have found comfort and light, in the sympathy and prayers and counsel, of our departed brother.

His end came swiftly and unexpectedly. The day before his death he was visiting the sick, and seemed in his usual health when he retired to rest, but in the early hours of the next morning, on the Sabbath of August 7th, in the dawning of the day, there came to him the dawn of a brighter day – an eternal Sabbath.

The remains of our brother were laid to rest in the Wesleyan Churchyard on August 11th. On Sunday evening, August 14th, a memorial service was conducted by the writer. The place was full, every society in the circuit was represented, as well as the other churches in Crawshawbooth, all drawn together out of respect to the memory of a devoted Christian life. His work is done, he has entered into rest, but his example is before us, and his memory will be cherished, and his influence will live on through the coming years.
“For when a good man dies,
For years beyond his ken,
The light he leaves behind him, lies
Upon the paths of men.”