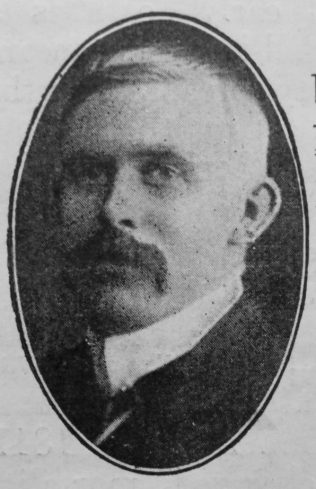 Transcription of obituary published in the Primitive Methodist Magazine by W.H. Mason

After a long illness borne with exemplary patience Brother William Hockenhull exchanged mortality for life, February 16th, 1908, at the age of twenty-five years. He was the tenant of a good farm—Alkington Grange, near Whitchurch, which had previously been held by his grandfather and father, and had fine prospects in this life. As a master and a neighbour he was highly esteemed and trusted; his peaceable and generous nature securing him many friends.

His family connections were most honourable. His grandfather was a most consistent Christian and member of our church; his father and uncles are life-long Primitive Methodists, while two of the latter are district officials.

Some six years ago our brother surrendered himself to the claims of Jesus Christ, and joined our Whitchurch Society, proving himself to the end a loyal, liberal, and devoted member. He represented his church in Circuit Quarterly Meeting, and had been offered an invitation to join the ranks of local preachers, but this latter post he declined. Lung affection caused him great trouble, and really hastened his end. Despite all medical skill and careful nursing in sanatorium and home, the fell disease increased its hold, and eventually with suddenness he was called away.

Rev. William Hall assisted in the rites of Christian burial, when our brother’s mortal remains were laid, February 19th, in Whitchurch Cemetery.

The writer conducted a memorial service the following Sabbath evening in Castle Hill Chapel, Whitchurch, and all felt, while sad at losing so promising a career, that our brother had filled a useful niche in life, and that the:great Master had higher service for him to fulfil in the painless land beyond. There finally may parents, brothers and sisters, and betrothed, with us all, find a glad reunion.

William was born on 26 February 1882 at Alkington Grange, Whitchurch, Shropshire, to parents John, a farmer, and Sarah Ann.