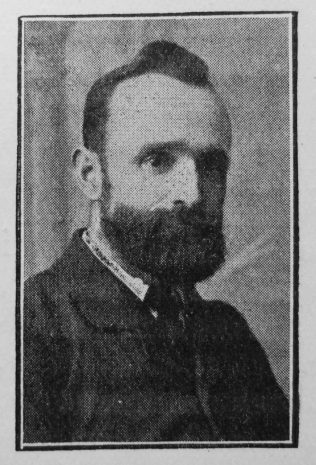 Transcription of Obituary in the Primitive Methodist Magazine by F. Hobson

Bryan Hodgson was born June 30th, 1859, at Billy Row, Crook, and died March 16th, 1907, at Crook. He was cradled in our Church at Crook and has never been associated with any other. He bore an honoured name and was a member of one of the oldest and best respected Primitive Methodist families in the district.

For the past four years he held the position of Society steward. He was also a trustee of our Dawson Street Chapel, as is also his brother, Mr. J. R. Hodgson, J.P., their father being one of the original trustees. He was a very unassuming man and of a retiring disposition. It was not according to his nature to play any public part in his service for the Church, but in a quiet way he served with a fidelity and devotion that made him one of the most reliable and trusted officials. He dearly loved the Church of his birth and choice. He was interested in all her institutions and her welfare deeply concerned him. His joy was full in the sanctuary as he worshipped, and especially when in the prayer meeting some soul found salvation. His kindness and utter unselfishness won for him a host of friends both in the church and outside.

As a tradesman he was held in high esteem. In his own home he was loved best of all. He was a devoted and tender husband and a kind and thoughtful father. Affection, peace and contentment reigned on his domestic hearth. It seemed as if he was taken from his family just when he was needed most. They can only say, “Thy will be done.”

A large company of tradesmen, townsfolk and members of our Church assembled to pay their last respects at the funeral, which was conducted by the Revs. F. Hobson and J.W. Middlemiss.

Bryan was born in 1859 to parents Ralph, a butcher, and Barbara. Bryan followed his father as a butcher.