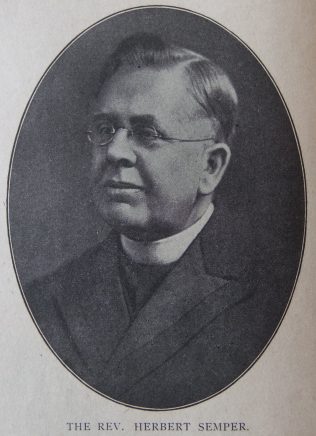 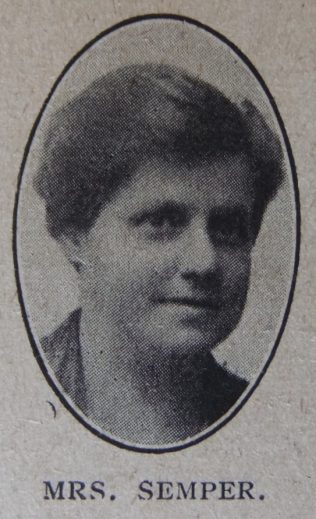 Herbert was born on 28 April 1868 at Dunston, Lincolnshire, to parents Richard and Mary. Both parents were local preachers and successful evangelists. Richard worked as a grocer.

The family moved to Hull when Herbert was six years old, and joined Williamson Street Church in the Hull VI circuit. Herbert worked as a solicitor’s clerk before entering the ministry.

Herbert served as Secretary to District Temperance, Education and orphanage Committees and represented his Distract on the General Candidates’ Examining Committee.

Herbert enjoyed a long retirement of about twenty years at Macclesfield. He continued to serve the Church with great acceptance and also officiated as chaplain at the Parkside Hospital for about ten years.

His obituary records that Herbert was a man of quiet qualities. His sermons revealed thoughtful preparation, were full of conviction, and, above all, revealed nearness to the Master whose message he proclaimed. The outstanding feature of his ministry was the pastoral side, abundantly successful simply because of his faith and devotion and his sympathetic interest in and understanding of people. His gift of humour, his unlimited capacity for friendship, his true affection for fellow ministers, his choice character, and his life’s work as a builder in the kingdom of God were remembered with gratitude.