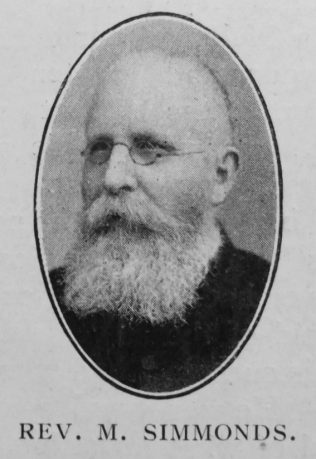 A transcription of obituary published in the Primitive Methodist Magazine by G.E. Butt is attached. He writes of Mark’s ministry as follows.

“He moved among the people with gracious ease and dignity, and they had great confidence in his judgment and counsel. His preaching was above the average, fresh, suggestive, and deeply spiritual. He did not feel at home at “specials,” but among his own people and in the quiet work of his station he greatly excelled. He had a philosophical cast of mind, and held his convictions and, even his opinions, with great tenacity; but he claimed in this respect no right for himself which he did not freely extend to others. His charity often bore the stamp of personal sacrifice, and many of the Lord’s poor were blest by his bounty. In all his circuits he is remembered and honoured as an able and faithful minister.”

The 1851 census return records Mark as a tailor’s apprentice.

He married Mary Hannah Manley (abt1828-1872)  in the summer of 1863 at Southampton, Hampshire. Census returns identify one child.