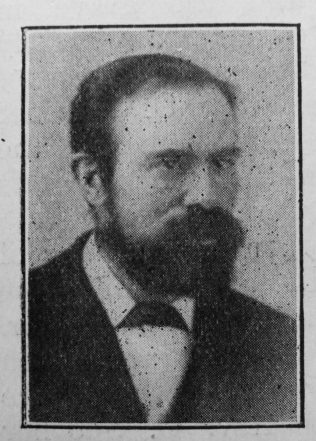 Transcription of Obituary in the Primitive Methodist Magazine by C. Tinn

This devoted and highly successful minister of Jesus Christ closed his earthly career on Friday morning, June 8th, 1906, after a brief, but severe illness embracing double pneumonia and heart failure. He was born at Bottesford, September 24th, 1853. When a young man he came into Nottingham, where he obtained employment in a business house, and happily was soon drawn into the fellowship of Canaan Street Church and Sunday School. His conversion took place in the old Canaan Street Chapel, the scene of many glorious spiritual conquests and powerful evangelistic ministries.

At once he threw himself with passionate zeal into all kinds of religious work, rendering conspicuous services to the Sunday School and Band of Hope. It was here he came under the influence of such strong personalities as Revs. William Cutts and Robert Bryant, the latter of whom he almost idolised, in common with many other young men.

After a short probation as a local preacher, so manifest were his gifts and graces that he was confidently recommended for the regular ministry and appointed to the Horncastle Circuit in 1876. To him the ministry was the most glorious of vocations. He rejoiced in the many opportunities it furnished of serving his day and generation according to the will of God.

All his circuits prospered, not only because of his great abilities, his wise, tactful administration and conciliatory spirit, but still more through his constant vigilance, his untiring, arduous labours, his inspiring, evangelistic fervour. He served his church with all the capital at his command of body, mind and spirit, and did so with joyous enthusiasm. Everybody saw and felt that the prosperity of his circuit was his supreme concern. As a result he kindled the admiration and won the confidence of his officials and people to an unusual degree. In witnessing many conversions in all his stations he tasted the true minister’s deepest joy.

The monuments and evidences of his fruitful ministry abound in Chesterfield I., Rotherham, Melton Mowbray, where he spent seven years of deepening influence and built a beautiful church in the centre of the town; Ashby-de-la-Zouch, Ripley, Stretford and Chesterfield II., where he had the oversight, at the time of his death, of the erection of a spacious church and Sunday School.

It was during his Rotherham appointment that Mr. Scrimshaw was married to Miss Ward, of Arnold, Notts, who proved a most devoted wife, a loving, watchful mother, and warm sharer of his many ideals and ambitions. When she left him for the “Better Land” in 1896, while stationed at Ripley, his life was shadowed, and he never quite recovered his natural buoyancy. It was a dark day that left him with the heavy responsibility and claims of six tender, helpless children, but his unswerving faith in God, his strong sense of duty, his passion for work, enabled him to face the forbidding future with strong courage and calm confidence.

He faced his task manfully and did grandly by his motherless children. He had the unspeakable joy of seeing his eldest son, Sidney, become a local preacher in our church. He won a foremost position in the Nottingham District, where for seven years he filled with marked devotion and success the position of District Sunday School Secretary, on retiring from which he was awarded a very valuable testimonial embodying the admiration of many friends.

To the services of his church he added the championship of many social causes and worthy institutions. He was an ardent Liberal, a welcome speaker on the political platform, and while in Ripley won an influential position on the School Board. He was abundant in labours. One is inclined to wonder whether he served too lavishly and spent himself too freely and self-forgetfully. It is certain he has left to those that follow an inspiring example, an untarnished character, a great record of unremitting, but cheerful and successful toil. “He being dead yet speaketh.”

The body was conveyed to the Mount Zion Chapel, Brampton, Chesterfield, on Monday, June 11th, where a memorial service was conducted by his friend the Rev. J.W. Fryer, who delivered a very beautiful and tender address to a sorrowing congregation that completely filled the chapel and included a great many ministers of our own and other churches.

The interment took place in the Ripley Cemetery where the remains were laid to rest by the side of those of his dear wife, when the service was completed by the Revs. J.W. Fryer and S. Barker, together with representatives from the District and General Committees.

He has left six orphaned children and an aged mother to cherish his precious memory, to find inspiration in his noble ideals. May God graciously protect them all and provide them many kind and sympathetic friends in their lonely and perilous position.

Thomas was born on 24 September 1853 at Bottesford, Leicestershire, to parents William, a gardener, and Ann.

At the time of the 1871 census, Thomas is working as an assistant in a coal yard.

Note: Some records are in the name of Tom Scrimshaw.