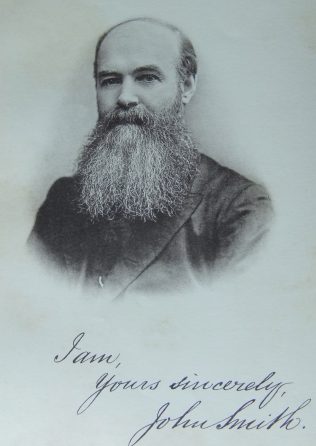 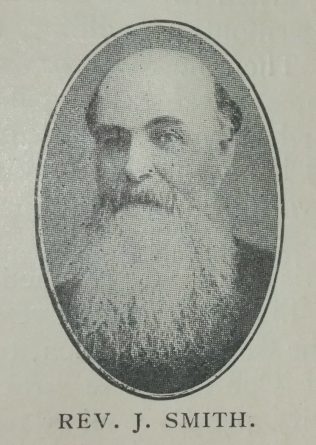 John was born on 9 February 1840 at Holme, Huntingdonshire to parents William and Sarah. In 1851, William is described as a pauper shepherd.

In his early years, John was taken to services at the parish church. It was there he was baptised and confirmed.

Instead of school, John was sent to scare crows and keep sheep on the farm. At the age of six, his wages were 1s 6d per week and his dinner on Sunday. John left home at the age of 11. In October 1854, he hired himself to a farmer at ‘The Worlds End’ on the Downham circuit and had his first contact with Primitive Methodists. Through them he was converted. In his 16th year he began to preach and also started to study.

John spent some 10 years consolidating and extending the work in Aliwal, South Africa.

The 1890 biography records that to preach was his vocation. He had a passion for preaching and it dominated every other passion of his soul.

John was elected onto the Yarmouth School Board circa 1888, receiving the highest number of votes cast.

John was appointed General Missionary Secretary in 1894 and became President of Conference in 1898. He was truly a missionary President, using his high position for the advocacy of foreign missions.

Despite his lack of an early education, John became proficient in Greek and Latin and qualified himself to preach in Dutch, Fingoe and Sesuto.

His obituary records that John was a fine genial soul, of remarkable gifts and great strength of character. He was a great preacher, a splendid missionary, an indefatigable worker and a born leader of men.