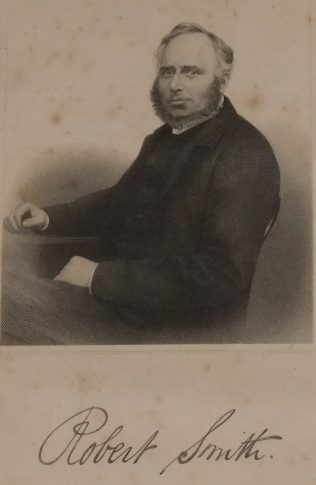 Robert was born on 23 June 1815 at Preston, Yorkshire (nr Hull). He was educated at Kirkells, a village 5 miles west of Hull. Robert was converted in February 1834 and joined the Primitive Methodist society. He was briefley on the plan of the Keyingham Branch of the Hull circuit before being called into ministry in June 1836.

For many years Robert was Secretary to the Leeds District Committee. He was recognised as having a wide and judicious exposition of connexional law.

In 1886 Robert became a Deed Poll Member of Conference. He held this appointment for 7 years until his health declined.

His obituary records; ‘As a preacher he never aimed at being popular. He was ever clear, definite, intelligent and educational. He never left his hearers in any doubt as to his meaning.’