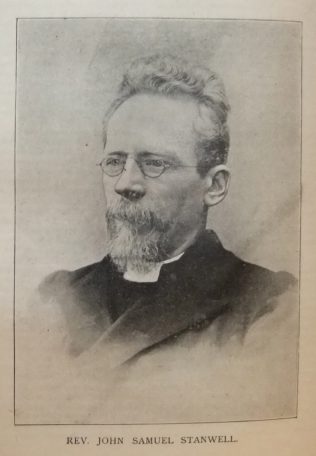 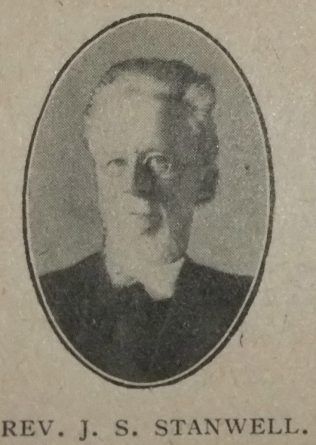 John was born on 21 September 1840 at Boston, Lincolnshire, to parents John and Emma. John senior was a master mariner.

When John was four, the family removed to Hull.  As John grew up he expected to follow his father to sea. When he left school at fourteen he did go to sea with his father. However, his expectations were not realised and he rapidly returned to land-based occupation on medical advice. John worked as a bookseller and stationer before entering the ministry.

At the age of seventeen John was converted and became a member of the Great Thornton Street Society. On his nineteenth birthday, John became a local preacher and worked in that capacity for about four years. He received his call to ministry and was recommended whilst Rev John Petty was Superintendent, shortly before Petty moved to York.

The conference of 1866 entrusted John with the charge of the first London Mission. At that time there was not a single member of chapel. John began his work in the open-air and in the slums of Old Ford and North Bow, gradually laying the foundations for what became the North Bow circuit.

His obituary records that he served his Church with distinction in all the manifold ways of ministry, and upon all his stations he was able to rejoice in progress and increase. Several times the Conference laid hands upon him, and took him from congenial spheres and devoted people to cope with extraordinary difficulties elsewhere. Moves to Cardiff and Lancaster were cases in point.

Following superannuation in 1906, John moved to Torquay. He moved to Cleethorpes shortly before the start of WW1 and was called back into circuit ministry serving the Cleethorpes circuit until the conference of 1918.

John married Selina Andrew (1838-1915) in the summer of 1868 at Louth, Lincolnshire. Census returns identify one child.