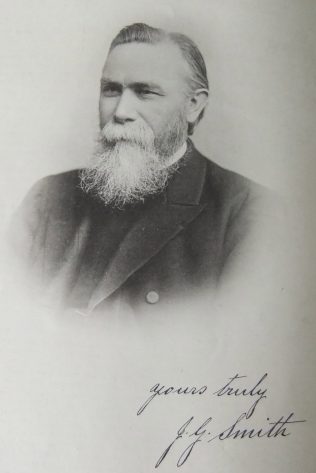 His parents moved to Sunderland when George was two, and then to Foxholes in East Yorkshire when he was eight. His father took charge of a small iron foundry.

Aged 13, John moved to Driffield to live with a local preacher. This was also the home of two of the circuit ministers. At the age of 19, John gave his life to Christ. Two years later he moved to Hornsea and became as a local preacher. He gave up work for six months and entered a boarding school to develop his education before becoming itinerant.

George Shaw, writing in the Primitive Methodist Magazine 1892, says that as a preacher he is evangelical and always interesting and instructive. He does not aim at being brilliant but he does succeed in being useful.

His obituary records that he was a builder rather than an artist, one whose work will abide though the workman no longer uses the trowel and plummet.

John married Margaret Elizabeth Knowles (1842-1905) in the summer of 1867 at Sunderland. Margaret was the daughter of Henry Knowles, who had been John’s superintendent at Reford. Census returns identify five children.