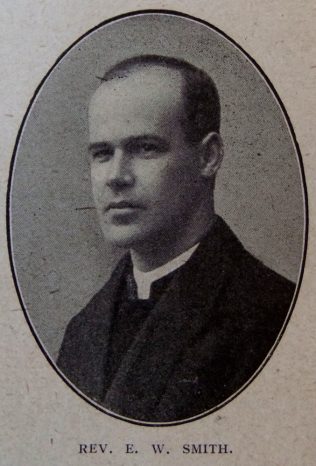 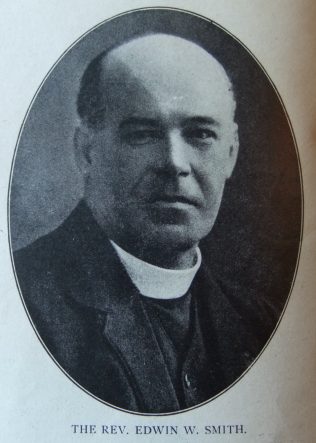 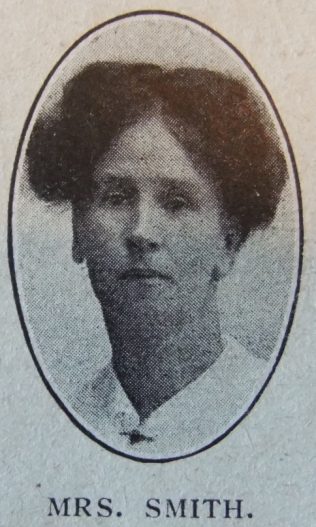 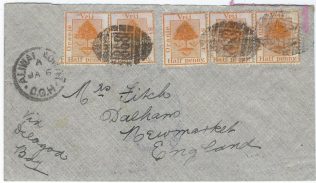 zoom
This envelope was posted during the Boer Occupation of the Cape and Aliwal North, using Orange Free State stamps rather than Cape of Good Hope stamps for postage, and opened and resealed with pink OPENED UNDER MARTIAL LAW censor seal applied in Durban Natal. This was sent from Aliwal North via Bloemfontein, Pretoria, Delagoa Bay, Durban to England.
Jonathan Talbot 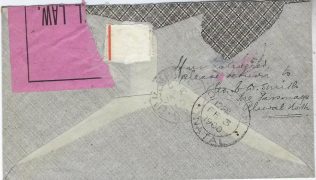 Edwin was born in 1876 at Aliwal North, South Africa, to parents John Smith and Fanny Elizabeth Jeary. John was a PM Minister.

Edwin returned to England for education at Elmfield College.

Edwin spent much of his ministry as a missionary in Africa. His aim as a missionary was put on record. “Whether one is to teach or govern, one’s first duty is to understand the people.”

In 1902 Edwin led the pioneer mission to the Ba-Ila, in Northern Rhodesia.

Edwin served at the front as Chaplain during WW1. He was then offered and accepted the position of Secretary for Italy of the British and Foreign Bible Society. Subsequently he was Secretary for Western Europe and then Literary Superintendent.

Edwin won international recognition as an anthropologist. He was for two years President of the Royal Anthropological Institute, was Myers Lecturer, and was awarded the Pitt Rivers Memorial Medal. It was a particular satisfaction to him that he was the first missionary to receive these distinctions. He was also honoured by the Royal Africa Society, with its silver medal. Edwin was one of the founders of the International African Institute. His degree of Doctor of Divinity was awarded by Toronto University.

His obituary records that Edwin was cast in a large mould. His native abilities were remarkable, for he achieved his acknowledged scholarship with scarcely any academic training. His industry was enormous; he was thorough in all he undertook. He read widely and in many languages. Next to the Bible, he loved Dante and studied him deeply. With all his attainments he remained essentially humble minded, and he was of a most generous and sympathetic spirit.

The secret of the African

A handbook of the Ila language (commonly called the Seshukulumbwe) spoken in North-western Rhodesia, South-central Africa, 1907

The religion of lower races, as illustrated by the African Bantu, 1923

Robert Moffatt: one of God’s gardeners, 1925

The golden stool: some aspects of the conflict of cultures in modern Africa, 1926

The way of the white fields in Rhodesia: a survey of Christian enterprise in Northern and Southern Rhodesia, 1928

Aggrey of Africa; a study in black and white, 1929

African beliefs and Christian faith: an introduction to theology for African students, evangelists and pastors, 1936

J M Potter, E. W. Smith and the work of the Primitive Methodists among the Ila, 1975