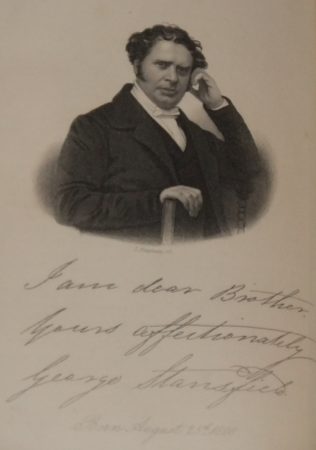 George was born in Yorkshire in 1807. He was converted in 1820 under a sermon preached by Mr John Raymond of Leeds. He was a local preacher for a number of years before entering the ministry.

When George was appointed to Ramsgate in 1842, the work in Kent was at a low ebb. To redress the situation, George had to recourse to open-air services. The magistrates at Margate were determined to suppress these efforts in the town. George was summonsed on 7 March, accused of committing a nuisance. Despite support from the public in the courtroom he was fined a shilling plus costs totalling 6s 6d, or in default of payment 7days in Dover jail. He was given 7 days to pay the fine. Not paying the fine, he was duly sent to prison where he interested himself in the welfare of his fellow prisoners. So dignified and respectable was his appearance that his fellow prisoners took him for a prison inspector. On release, a gentleman generously paid for his coach fare from Dover back to his family at Ramsgate.

George was elected a Deed Poll member of Conference.

His obituary records that over 1000 souls were added to the church through his work.

Whilst in Pontefract, they had a third set of twins, which was widely reported in the northern press. Census returns only identify two children.

J Petty, The History of the Primitive Methodist Connexion, 1880, p421