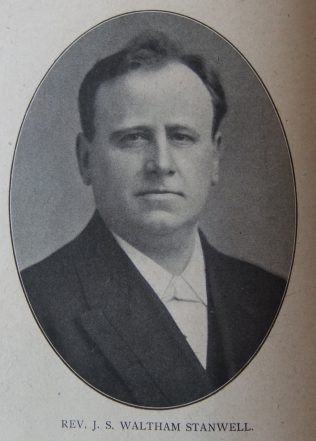 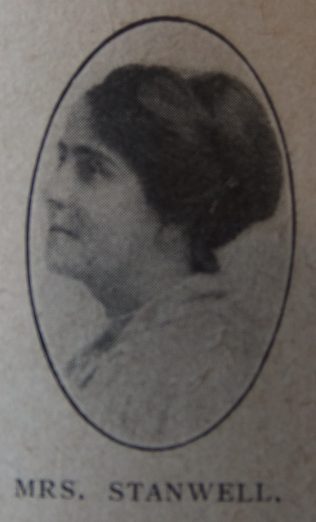 John was born in 1869 at Asken, Bedale, Yorkshire, to parents John Samuel Stanwell and Selina Andrew. John, senior, was a PM Minister.

John was converted at nine years of age in the Gibbert Road Church, Halifax II circuit. Alderman J Brearley was the school superintendent. Following education at Elmfield College, John was apprenticed to Mr T.A. King, a Hereford sculptor, who not only fostered his artistic instincts, but encouraged him towards the ministry, impressed with the character and ability John displayed while accompanying him on note. John spent two years as a hired local preacher at Pontypool before entering the ministry.

A convince Free Churchman, John took an active part in the Passive Resistance movement, and was the first to be imprisoned in the East Riding, Yorkshire, for conscience sake.

John had an artistic propensity. He could use chisel or brush, was extremely musical and was a skilled camerist. As a writer and lantern lecturer, John was well known beyond denominational borders.

His obituary records that unselfish and generous, John gave to the point of sacrifice in every way. The missionary cause had his passionate support. His business and administrative capacities made his circuit ministry memorable and successful.  John was a gifted preacher and speaker; choice in expression, he declared the saving truth of the Gospel with conviction.