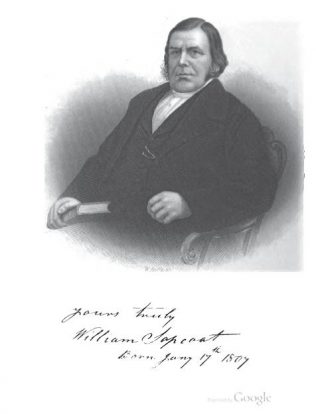 William was born on 18 January 1807 at Burton Lazers, Leicestershire to parents William and Ruth. His parents were Wesleyans and brought him up in that tradition. William was converted in 1822 and soon became a Wesleyan local preacher.

In 1833 he identified with the PM missionaries who came to Melton Mowbray and joined with them becoming a class leader and local preacher. In 1835 he became an itinerant minister.

William’s obituary records that on most of his stations membership was increased. Sadly in later years his health deteriorated and he had to superannuate in 1863.