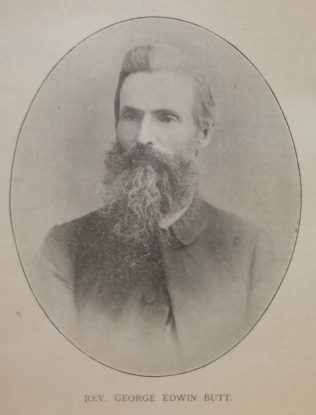 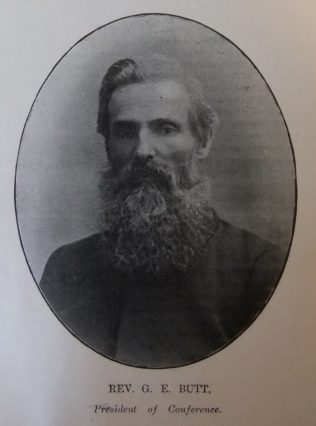 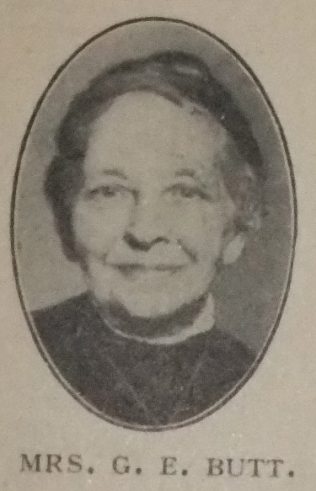 George was born on 19 March 1841 at Motcombe, Dorset to parents Samuel and Sarah. Samuel was a baker and active in the Primitive Methodist Church as a local preacher, Sunday School Superintendent and class leader. He was also an ardent advocate of total abstinence.

When George was young the family moved to Gillingham, Dorset. George worked as a carpenter’s apprentice before entering the ministry. He also studied building construction.

George made his public confession of faith at a time of a revival in the Motcombe circuit in 1867 and joined the society at Gillingham. He was active in the Sunday School and Band of Hope. The church soon identified that he had unquestionable talents for public speaking and his name appeared on the plan as a local preacher when but a boy.

George was an effective circuit minister, but was best known to the Connexion as a foreign missionary. In the late 1880’s the General Missionary Committee was keen to establish a Technical School for the training of young native Christians and being aware of the training that George had received in his youth they were keen to secure his services at Aliwal. George’s eldest son had previously sent out to that station as a missionary schoolmaster. After careful thought and prayer George accepted the invitation to go to Africa.

Before starting to establish the Technical School, George undertook visits to similar schools of other churches in the region. He was attracted to the model of the French Mission in Basutoland where he observed three strands of school on the same site, a Normal School to train teachers, a Bible School to train evangelists and an Industrial School to teach trades. George established the Technical School at Aliwal North on this broad basis. In the first eight years the school expanded from four pupils to twenty seven and had completed the training of eleven evangelists and none lay workers.

During his first ten years at Aliwal North, George built seven new churches, built two new mission houses and the new Training School and enlarged and improved a further four churches. Net membership increased by over seven hundred, but taking into account movements over 2,300 persons had been converted.

The Boer War had a significant impact on the work as Aliwal as the Boers occupied Aliwal and churches at Rouxville, Smithfield, Zastron and Jammersberg Drift were destroyed and members of the station were scattered. When the war ended the work was able to continue and George was able to report that there had been no decrease as a result of the war.

George was elected President of Conference in 1905 on his return from Africa.

The George visited the Central Africa Mission in 1908. This enabled him to review the work of many of the evangelists he had trained in his school in Aliwal. He published his report as My Travels in North West Rhodesia.

For those interested in reading more about George, the article in the 1918 Primitive Methodist Magazine documents his testimony in his own words.

My Testimony (791 KB Adobe Acrobat document, opens in a new window)
A personal account of his conversion.