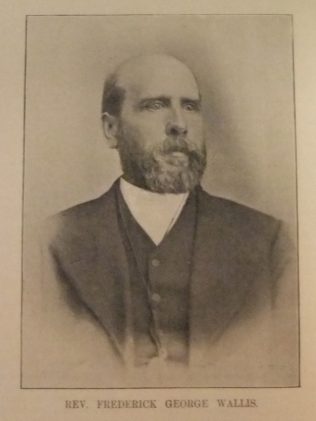 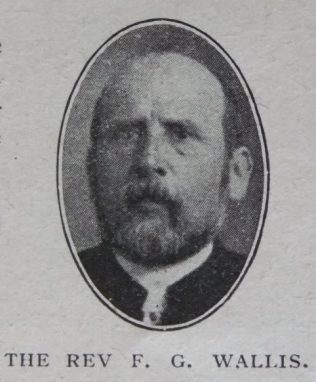 Frederick was born on 17 April 1850 at Wallingford, Berkshire to parents George Wallis and Harriet Maslin. George was a PM Minister and Harriet a local preacher.

Frederick’s obituary records that his preaching built up believers, and won many souls for the Lord. In administration and in matters of discipline he was sagacious, kindly, tactful and firm. His wonderful fund of humour helped to turn many an awkward corner. In pastoral work he was not only diligent, but his rare gifts for this branch of service amounted to almost genius.

Frederick took an active part in the Citizens League, and as a ‘Passive Resister’ he has several times suffered the distraint of his goods.