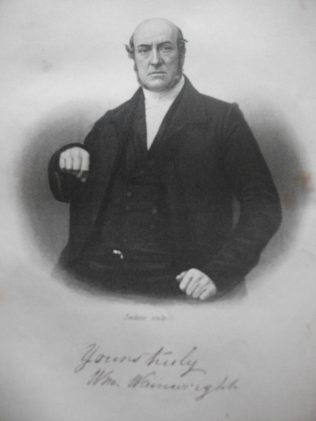 William was born in 1801 in Worcester. He was orphaned at the age of 7 and went to London at the age of 14. He was converted in 1826 through the preaching of Richard Howchin. Shortly after this he became an exhorter on the plan.

William helped to establish the Primitive Methodist church in Ipswich. The first church was the one in Rope Walk.

His obituary records that ‘ as a preacher he was very acceptable and useful’.