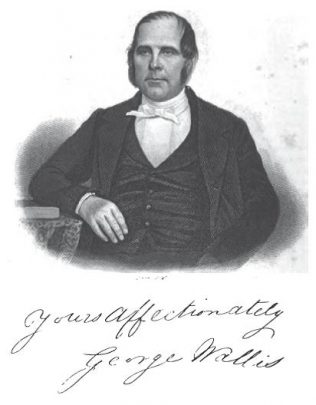 George was converted during a revival at Wooton Bassett at the age of 19.

George was appointed to begin missionary work in Andover and its surrounds in the Spring of 1833. Petty relates that on many occasions preaching was interrupted by violent objectors. On 19 May 1833, the beadle and constable were involved in driving the preachers out of town. George and his colleagues persisted and were eventually able to develop a society. The Andover mission was made a separate circuit in March 1837 with 340 members and four travelling preachers. In 1838 a neat chapel was erected in a good position.

David Young provides more background in his pages on Andover and Longparish.

Ritson relates that on one occasion George was drenched with bullock’s blood!

When the first chapel was built in the village of Peasemoor, George did the bricklaying during the day, and told the stroy of the Cross in the evening.

The deceased who for 39 years had been in the active ministry of the Primitive Methodist Connexion, and for 24 years a supernumerary, died on Monday morning, at his residence in Priory-road, at the advanced age of 84.

Sixty three years ago, when a young man of twenty-one, he was sent from Wiltshire to assist in the newly-opened mission in Berkshire and Hampshire. In the latter county he was subjected to brutal treatment from infuriated mobs for no other offence than that of preaching of the gospel. He lived however to see the hostility shown in this infant community, entirely cease, while the devoted labours of himself and his colleagues have been so blessed that the Primitive Methodist chapels and preaching places in the county are probably more numerous than of any other Nonconformist body. Mr Wallis has been laid aside for several years, through increasing physical and mental infirmity.

The funeral takes place tomorrow (Friday), a memorial service will be held at the Primitive Methodist Church at 2.45.