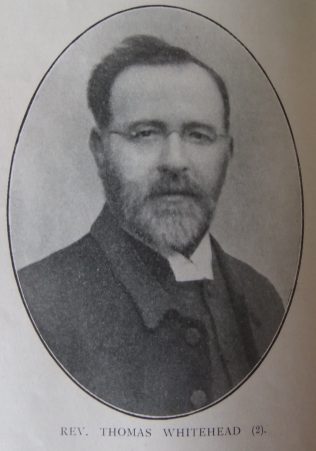 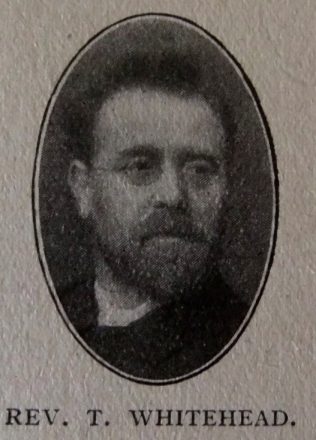 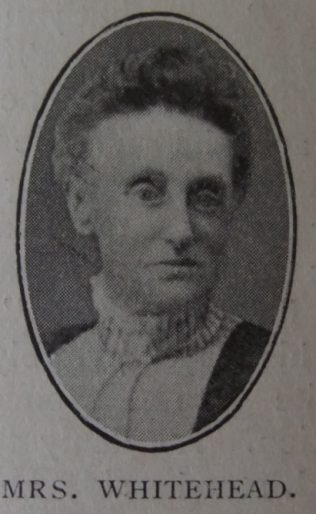 Thomas was born in 1852 at Oldham, Lancashire.

Thomas attended the Primitive Methodist Sunday School at Henshaw Street, Oldham, from the lowest class to the Teachers’ Roll. He was converted when aged seventeen* and was soon placed on the plan. After seven years as a successful and popular local preacher, Thomas was stationed by Conference in 1876.

His obituary records that Thomas was a model circuit minister, and never sought district office or honour, though he could no altogether escape it.

He was an able and powerful preacher, and his sermons always gave evidence of through preparation. He gave practical and clear expositions, occasional flashes of humour, and impassioned evangelical appeals.

Thomas always aimed at strengthening the spiritual life of the churches, and converting the unsaved. However, he did not leave other work undone. Few ministers did more in reducing debts and building new churches and schools.

On entering his final station at Margate, Thomas found the cause at a low ebb, but at once began to inspire the faithful few. Then came the air raids and bombardment, and many fled from the town. Thomas stayed on and acted as Sunday School superintendent and society steward and with his daughter, Olive, kept the C.E. and Sunday School alive.

Thomas died on 5 September 1919 at Margate, Kent. He was buried at Hungerford, Berkshire.

Note: * There is a discrepancy between the personal sketch in the 1912 Magazine and his obituary concerning the age he was converted. The 1912 sketch says seventeen; the obituary fifteen.