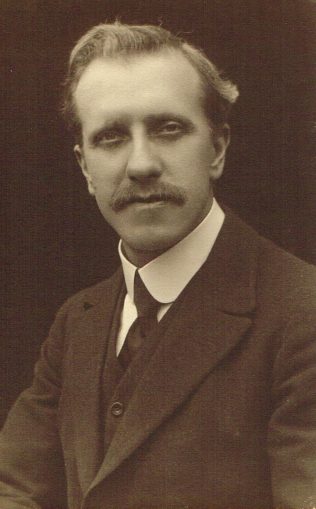 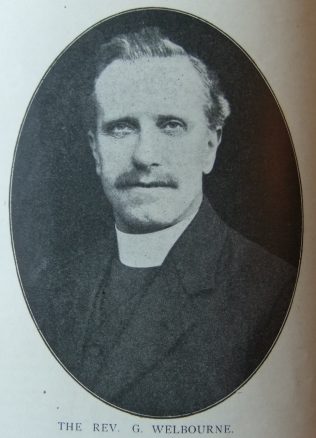 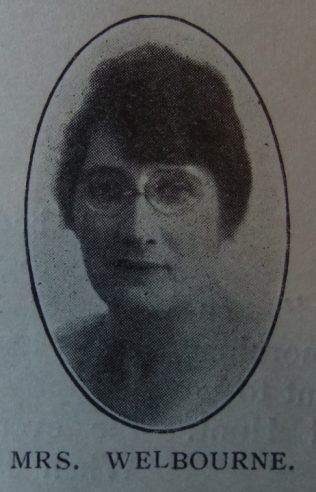 George was born in 1872 at Leeds, Yorkshire to parents John Parker Welbourne and Sarah. John was a mechanic. George’s grandfather was Rev George Welbourne (1811-1850).

George also worked as a mechanic before entering the ministry.

From the beginning of his ministry, George proved himself to be an able preacher; his sermons were thoughtful, fresh and arresting, and he was noted for his success as an evangelist whose skilful and tender appeals captured the hearts of his hearers.

After retiring in 1937, George went to Scarborough, where he was an active supernumerary for some years, finally retiring to Bridlington. He still continued preaching, cycling to his appointments, until over the age of eighty, and was Free Church Chaplian to three hospitals, a work which he loved and in which he exercised a gracious ministry. In 1957, he went to live in Orpington.

Welbourne-G (48 KB Adobe Acrobat document, opens in a new window)
Transcription of obituary published in the Minutes of Conference.