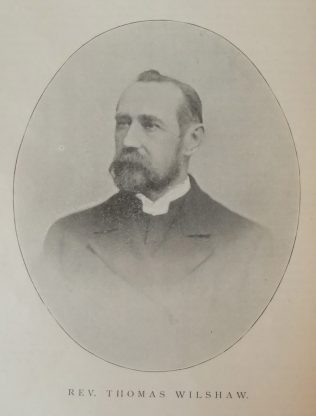 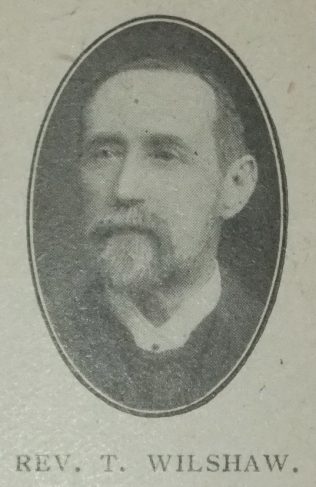 Thomas was born on 15 June 1841 at Ingleton, Yorkshire, to parents William Wilshaw and Margaret Moore. In 1861, William was working as an engineer in a cotton factory at Clayton-le Moors, Lancashire. Thomas also worked in the cotton industry before entering the ministry.

Thomas was converted while living in Settle. He was recommended for the ministry in 1861 after being a local preacher for only 12 months.

In Lancaster in 1874, Thomas was summonsed by Mr Pye, the superintendent of the police, for causing an obstruction by preaching on the town hall steps. Magistrates dismissed the case. Costs for the defense were provided by Mr James Williamson, jnr, (later Lord Ashton).

As a preacher, Thomas was more practical than rhetorical; his best work being done in regular circuit ministry, rather than in brilliant special efforts on great occasions.