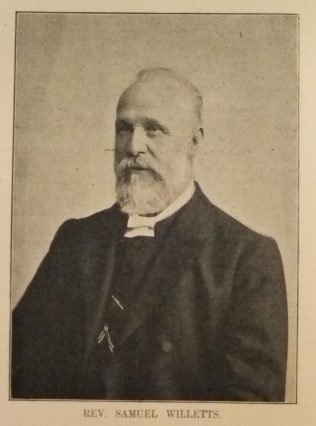 Samuel was born on 23 October 1843 at Old Hill, nr Rowley Regis, Staffordshire to parents Elisha and Abagail. Elisha worked as a coal miner.

Samuel was sent out to work at the age of seven. He was converted age the age of seventeen during a revival conducted by Rev R Poole in the Old Hill chapel. He began to attend evening classes and started to distribute tracts. Within three years his name appeared on the plan.

As a preacher, Samuel was intensely evangelical, homely and pithy in his utterance. As a pastor he was both diligent and faithful. His kindness and cheerful spirit, his unfailing courtesy and his ready sympathy endeared him to the people.

During his ministry, Samuel superintended the erection of six chapels, two new schoolrooms and a manse. He was also involved in many debt reduction schemes.