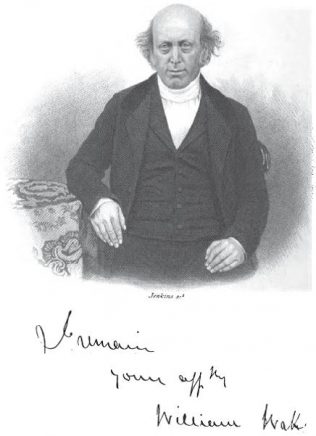 William was born on 29 September 1809 at Bedminster, Somerset. His parents were Wesleyans and had a comfortable income. As a result William was well educated for the time. When aged about 17, he connected with a Wesleyan society in Bristol and became a local preacher. When two PM Missionaries came to Bristol in 1833 (S West and S Turner) William and his father provided hospitality. William started to assist the PM Missionaries as well as carrying out his Wesleyan commitments. After some months, and acrimonious discussions with the Wesleyans, William joined the Primtive Methodists. The two missionaries recognised his usefulness and recommended William to the Brinkworth circuit as an itinerant minister.

Williams first year in Kidderminster was particularly difficult. The station had not funds to pay him and suggested hospitality following the ‘American Plan’ albeit staying with people for one day at a time instead of a month. This meant that on many occasions he went without food.

William’s obituary records; ‘He was of a cheerful and peaceable disposition, and when opposed by men of the baser sort, as he frequently was, he would speak to them kindly and try to allay their irritation and overcome their hostile feelings, by speaking soft and soothing words to them, believing with Solomon that a soft answer would turn away wrath.’

William died on 3 May 1886 at Ecclesfield, Yorkshire.