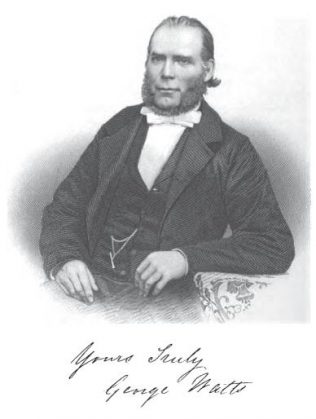 After the difficulties that John Ride and Edward Bishop experienced at Winchester in 1834, a small society was finally formed in June 1837 through the preaching of George Watts. Unfortunately this was unable to find a permanent place for worship and soon discontinued.

George arrived in Australia on 27 November 1851. There, in Victoria, he was the second missionary working alongside John Ride.

George was District Secretary for 5years, and also served as Superintendent of Missions and Book Steward.

His obituary records that he was firm in principle, shrewd in judgement, and true to his conviction; fearless in what he believed to be right, somewhat brusque in manner, but honest and straightforward in conduct and unwavering in his friendships.

Note: His obituary records that he arrived in Australia with his wife and three infant children.