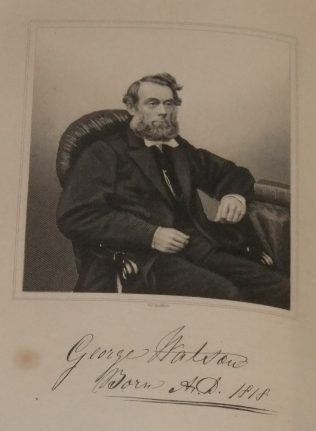 George was born on 15 August 1818 at Kirton Lindsey, Lincolnshire. He was converted in his teens during a revival at Scotter.

His obituary records; ‘In disposition (George) was cheerful and kindly, confident and hopeful, in Christian experience he was sound, clear and profoundly spiritual; he spoke of the deeper things of God with the authority of a man who knew; the spiritual was very real to him, he lived as one who saw the Invisible.’

The Rev. J Austerley wrote; ‘As a preacher he was earnest, forceful and practical. His sermons were built up of scriptural truth, sanctified humour, and sound common sense, and produced great results.’