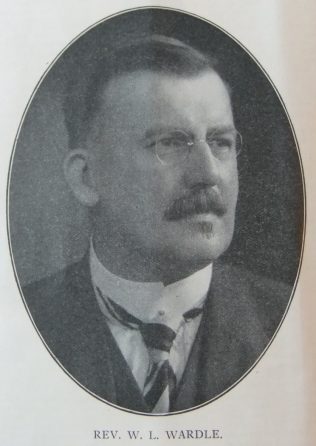 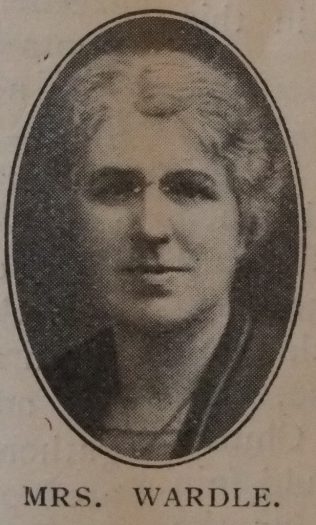 William was born in 1877 at Sheerness, Kent to parents Arthur Temple Wardle and Maria Lansdell. Arthur was a PM Minister. His grandfather, John, a PM at West Moor and miner was a fellow workman with George Stephenson, the locomotive engineer.

William preached his first sermon at fourteen years of age. His educational beginnings were in a London Board School from which he moved to Perse Grammar School, Cambridge, and thence to Caius College . He graduated as Senior Optime in the Mathematics Tripos in 1898. Whilst at Hartley College he took his Dublin degree of Bachelor of Divinity, the only non-residential divinity degree at that time available to non-conformists.

During World War 1 William served as Organising Hospital Chaplain of the Western Front.

His Hartley lecture in 1925 was submitted to the University of Dublin as an ‘original work’ and resulted in the award of his Doctor of Divinity.

In 1928 William became Principal at Hartley College. In 1938 he became President of the Methodist Conference. In 1933 he was appointed President of ‘The Society for Old Testament Study’.

His obituary records that William was a man of wide human interests, a lover of cricket and many other games. He had a deep interest in English literature, and for many years lectured on that subject. He possessed not only knowledge but wisdom, beautiful courtesy, and a most delightful humour.

In April 1946, on the opening of Didsbury College, Bristol, he helped in the work there, and found great joy in lecturing to the students and they in his teaching. He rejoiced in this work, and eagerly looked forward to its continuance. Sadly at the commencement of the autumn term he was suddenly taken away.

A few days before his passing he said in his modest way, ‘I have only one gift – I can teach men to understand the Old Testament a little better. It is a great joy to me that my small gift is still to be used in helping to train Methodist students’.

The history and religion of Israel, 1936