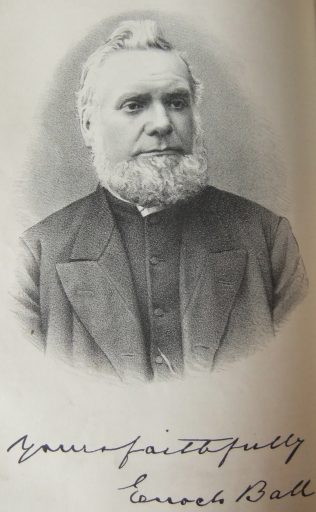 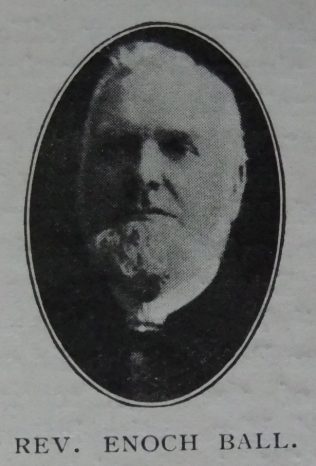 Enoch was born in 1838 at Ketley Bank, nr Oakengates, Shropshire to parents Samuel Ball and Ann Guy. Samuel was a shoemaker.

Enoch was converted at the age of 13.

The 1851 census shows Enoch working in the coal mine.

His obituary in the Newport press says: ‘ The Rev E Ball gave his whole life to the ministry, in which he was a useful and honoured figure. He had a peculiarly sweet disposition, and was a typical Primitive Methodist. He was an eloquent preacher, and his discourses on evangelistic truth were always attentively listened to. The reverend gentleman was a good platform orator, and had always raised his voice on behalf of Liberalism, of which he was a staunch supporter.

Enoch died on 3 October 1909. He passed away just as he was about to start a Harvest Festival service at Blaenavon, Monmouthshire.