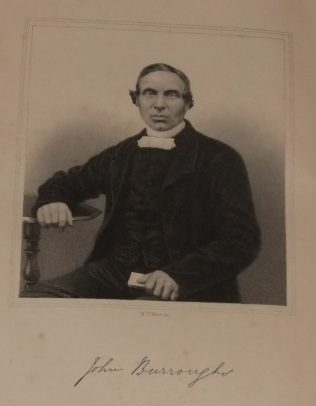 John was born on 27 June 1808 at Old Dalby, Leicestershire. His parents, James and Elizabeth, were Wesleyans; his father a local preacher.  At the age of 13, John went into service on a farm with a cruel master who mocked his religion. He drifted away from the church. In 1826, John heard the preaching of John Benton and John Wedgwood and was converted. He re-joined with the Wesleyans and became a local preacher. Later he was invited to join the Wesleyan Ministry, but a sense of mental unfitness, together with his natural modesty, made him shrink from it. After marriage, John moved to Hull. Here he was asked by the Sailors Institute Church to become their minister and again approached by the Wesleyans to become a travelling preacher. However John found his future in a Primitive Methodist revival in Hull.

John was recognised by William Clowes for his usefulness and was called into the PM Ministry at the age of 30.

John’s obituary records; ‘His leading desires in circuit work were peace and prosperity. And he faithfully and prudently lived in the spirit of the former, and laboured and prayed for the latter and not without considerable success. The hundreds of members added to his circuits, as well as the old chapels enlarged and new ones built, were his seals and crowns of rejoicing.’