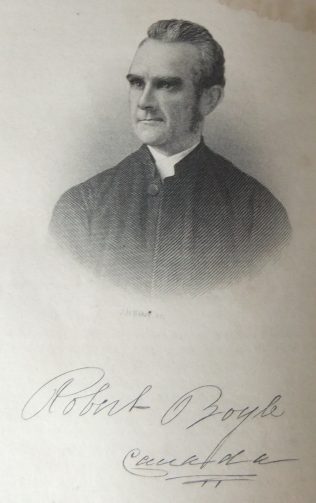 Kendall describes Robert as ‘ an Irishman, sensitive, clever, popular, much in demand among the churches’.

Antliff writes; ‘ Perhaps it is but right to add a few words concerning the ministers who have held positions of especial prominence in the denomination ; and on this list an honoured place should be given to the Rev. Robert Boyle, who, after a remarkably successful ministry, was superannuated, on account of failing health, in 1878. Mr. Boyle, who was converted when a youth from the Roman Catholic faith, has held the highest positions in the gift of his brethren, and his name is beloved in all parts of Ontario in which he has ministered the Word of God.’