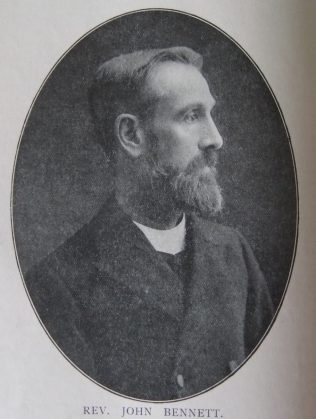 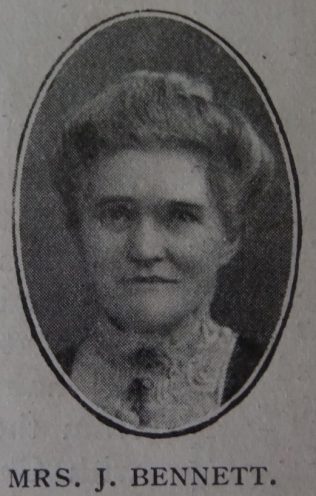 John was born in 1855 at Halifax, Yorkshire to parents William Bennett and Elizabeth Leng. William was a PM Minister.

John was apprenticed to a draper before entering the ministry.

John was an illuminating preacher with a gift of apt illustration. He particularly excelled in exposition.

John was a Passive Resister, possibly holding the record for terms of imprisonment resulting from reiterated protests against Mr Balfour’s Education Act.

His obituary records that John was a Puritan in disposition, setting before himself the same high standard which he expected in others. His judgement, though often exacting, was tempered with charity.

During his retirement, John took charge of a country church, which under his leadership, developed into a strong society.

John married Mary Dawson (b abt1853) in the summer of 1882 at Bradford, Yorkshire. Census returns identify two children.