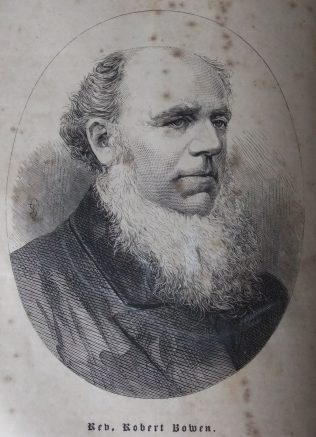 Robert was born on 4 February 1823 at Medlicott, Shropshire. He was the fourth son of farmers who were among the first to hear, receive and provide a home for Primitive Methodist preachers.

Robert was brought up attending PM services, though it was not until September 1844 that he was converted in a prayer meeting at Asterton chapel led by Rev Richard Owen (1812-1852). Robert then joined the society and went on the plan in September 1845. It was at a camp meeting in 1851 that he felt a call to the itinerant ministry.

In 40 years as an itinerant minister Robert;

Robert married Ann Davies (b abt 1829) in the spring of 1867 at Presteigne, Radnorshire. Census returns identify one child.