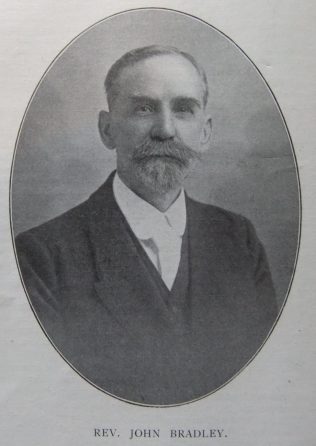 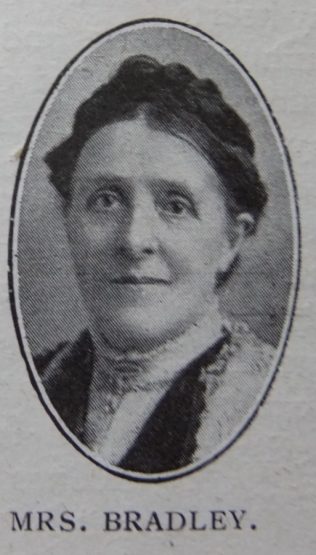 John was born on 14 February 1857 at Woodborough, Nottinghamshire, to parents John Bradley and Elizabeth Oringe. John, senior, was a labourer.

John offered himself to God at the age of fifteen at the annual camp meeting and was pressed into service as a local preacher when eighteen.

In 1874, John left his native village to enter the employ of the Midland Railway Company as a plate layer at Chesterfield. There, Rev John Gair took a great interest in him and helped him to develop himself. When twenty-one two things began to shape his future: his great acceptance as a local preacher and his interest in missions. He entered Harley College, Bow, a training college for missionaries, then under Dr Grattan Guinness. After three years training John went out to found, with John Watson, the Jamestown Church on the Aliwal North Station, South Africa.

At Aliwal North, John filled the dual position of pastor to the English Church and schoolmaster to the English Day School. For five years he preached twice every Sunday and taught day school through the week.

His obituary records that John was a gifted preacher. His sermons were always fresh and interesting, and bore evidence of a keen, well-balanced and cultured mind. He was characterised by independence of thought and spirit and placed a high value on the culture of individuality.