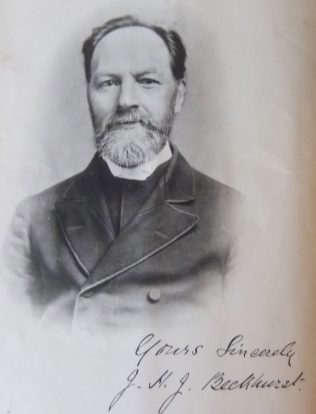 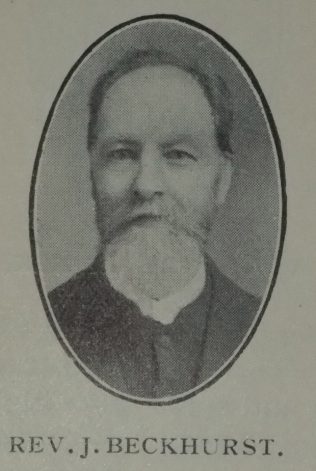 John lived in Reading for 22 years. He attended the Minister Street Sunday School.

John’s education was irregular and imperfect. He would often truant after hare and hound; and bird nesting had a greater attraction for him than the school house. As a child, John often visited the home of a Wesleyan supernumerary, Rev S Leigh, a returned missionary and was impressed by his stories.

John credits his conversion in February 1856 to Rev Joseph Thomason. His whole being was revolutionised. He became an omnivorous reader and studied with such tremendous earnestness that he alarmed members of his family.

He became a local preacher with Mr Samuel Fawcett acting as his mentor.

John’s obituary records that whilst he gave some attention to the erection of chapels and other trust properties, yet he put in much more time and strength to the very necessary work of debt reduction. He practised systematic giving, and taught his people to do the same.

John was very keen to work with groups of young men and out of this work at least seven of his ‘disciples’ entered the ministry.

John was very committed to the temperance movement. He would often attend licensing hearings to object to new licenses and renewals, and on more than one occasion had his life threatened.