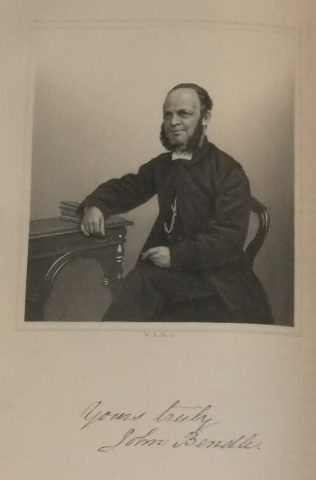 John was born on 15 December 1822 at Brayford, Devon. The family moved to Barnstaple and John’s obituary records that he got into sinful habit and became wild and reckless. He was converted at the age of 17. He became a member of the Primitive Methodist connexion at Bristol in 1840.

At one point in his ministry, John was appointed to Melbourne, Australia, but his wife’s illness prevented him from travelling.

Whilst at Brompton, John had a serious accident resulting in a severe concussion that caused him to relinquish the superintendency.

As a preacher he was generally acceptable, and his wit and humour made him a popular platform speaker.