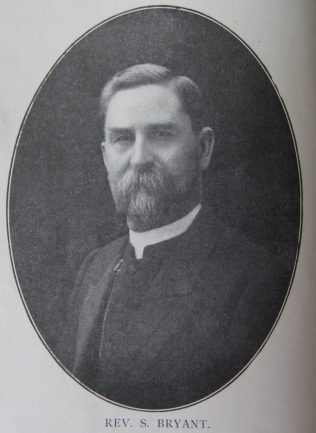 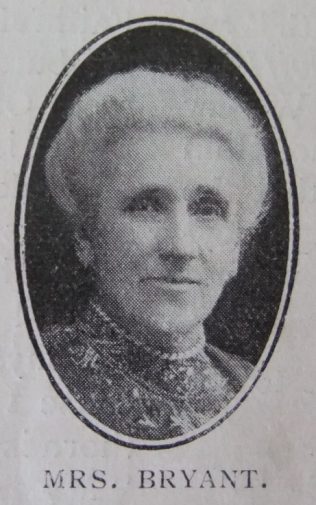 Samuel was born on 2 May 1854 at Camborne, nr Redruth, Cornwall to parents John Bryant and Nannie Bennetts. Both parents were Primitive Methodists. John was a blacksmith.

Samuel attended National School. He had the desire to be trained for the teaching profession, but when aged twelve, in consequence of the death of an elder brother, he was compelled to leave school to work in his father’s blacksmith’s shop.

Samuel was converted, aged eighteen, in a revival that occurred under the ministry of Rev Richard Bennetts. Soon after conversion, his name appeared on the preachers’ plan. When twenty-one, Samuel accepted a call to become a hired local preacher in the St Day circuit. Having successfully passed the candidates’ examination in London, the Conference of 1876 appointed Samuel to St Day as minister on probation.

His obituary records that it was as a circuit minister that Samuel rendered the most notable service to his Church, and through his consecrated wisdom, tact, prudence and self-sacrifice, his stations always prospered, and his ministry was blessed to the salvation of many.

Samuel married Mary Symons Hooper (b abt1852) in the summer of 1880 at Redruth, Cornwall. Census returns identify three of four children.