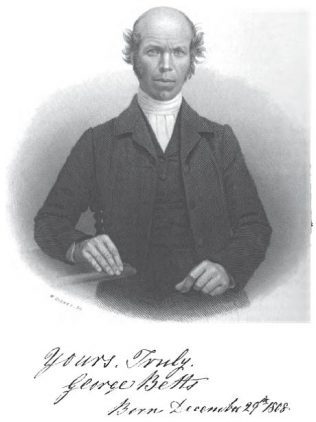 George was converted on through the Primitive Methodists on the day his father was buried. His mother died at a lovefeast at Rockland PM chapel after she had spoken her experience.

George was soon on the plan as a preacher. About 1834 he felt the Holy Spirit calling him to the ministry. To that point he had worked as a shepherd.

George’s obituary records; ‘His natural disposition being meek and gentle, he was imposed upon by unreasonable men; but he met all in the spirit of his Master. Indeed few have equalled him, perhaps none excelled the deceased in close, holy living, and calm Christian confidence in the atonement; and though in the pulpit he was not what some call brilliant, yet he was invariably sound, and often successful in winning souls to God.’

George married Fanny Hanton (1814-1880) in 1844 at Wayland, Norfolk. She was the village schoolmistress at Snetterton before they were married. They had 5 children.