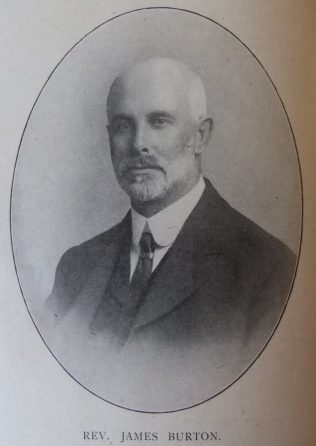 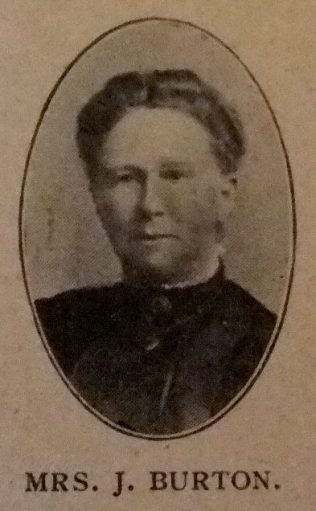 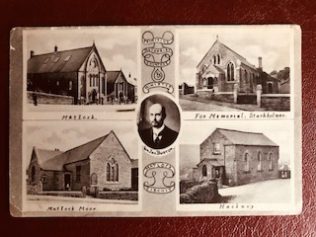 zoom
This postcard was sent by James Burton himself to his family at Boylestone, Derbyshire. The card is dated Matlock September 14th 1906, and is to say that he was unable to attend the School Sermons for the next two years. Signed in haste, James.
David Leese

James was born in 1859 at Stoke on Trent, Staffordshire to parents Thomas and Edith. Thomas worked as a grocer. On his father’s side, James was a fourth generation Primitive Methodist.

James worked as a railway clerk before entering the ministry.

In his early ministerial years, a serious breakdown of health necessitated frequent change of circuits. James then spent four years at Bloxwich and Cannock where he missioned a village and built a church. James was then stationed at Torquay, and to use his own words, James ‘lost his physical weakness,’ and was able to proceed in the work in good health.

Whilst at Torquay, the circuit membership rose from 141 to 264 over seven years. At Matlock James built three new churches.

As a preacher James was always attractive, convincing, and spiritually uplifting. His language was well-chosen and chaste, and his pulpit style most effective.

James twice held the position of district Sunday School Secretary and was a member of the Probationers’ Examining Committee for over twenty years. For a number of years, James was the Connexional Teachers’ Examination Secretary.

His obituary records that he brought to his work a diligent, discriminating mind and a sympathetic disposition.