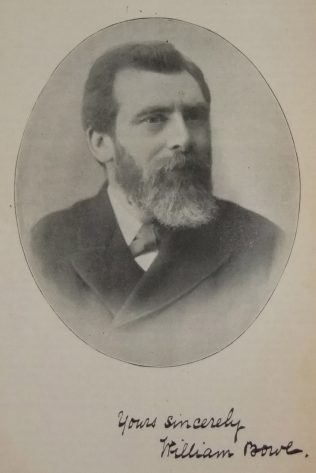 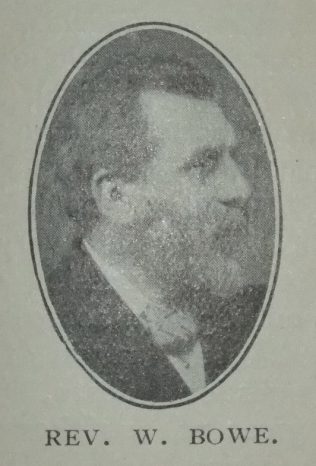 William was born on 6 March 1841 at Bolton on Swale, Yorkshire to parents George and Hannah. George was a cordwainer. George was converted under Joseph Spoor and became a local preacher. William’s mother was a lifelong Primitive Methodist who died aged 93. She was an enthusiastic worker for bazaars. William’s obituary records that ‘ her knitting needles were truly consecrated’.

William worked as a boot and shoemaker before entering the ministry.

At the age of 17, William joined the Consett church in the Shotley Bridge circuit. Within three years he became a Sunday School teacher, class leader and local preacher.

As a preacher, William was not at his best on special occasions, or in new circuits. He was most popular in stations where he remained longer than three years. When best known he was most appreciated. In address he was quiet and thoughtful, not oratorical or declamatory, but always impressive, instructive and uplifting.

William served for eight years as District Committee Secretary whilst in the north-east and also undertook the same role in the Liverpool District whilst at Preston.

William became a proficient scholar in Hebrew, Greek and German. In superannuation he often joked that he had two hobbies – the culture of chrysanthemums and the study of Hebrew grammar. William, and other Primitive Methodist Ministers in the north-east learned their Hebrew through the Jewish Rabbi at North Shields. William himself always worked hard as a helper and mentor to students during his ministry.

William was a keen cyclist and maintained it had been great for the good of his health.