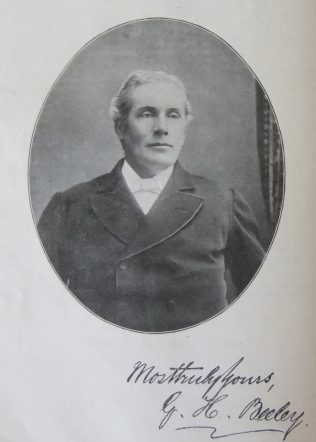 George was born in 1839 at Sheepridge, nr Huddersfield, Yorkshire, to parents Jonathan and Christiana. Jonathan was a woollen spinner.

George’s parents were Wesleyan and brought him up in that tradition. George was converted at the age of about 20 when he attended a revival service conducted by Rev Henry Hatherley in a nearby PM chapel. He joined the Primitive Methodists and continued to be mentored by Henry.

George was a powerful preacher of Gospel truth. His obituary records that he was a big man; in mental power he was well endowed; in zeal and in spiritual intensity a flame of fire.