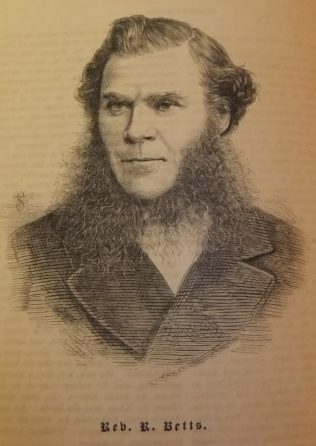 Robert’s parents were poor, so at the earliest age possible he had to help the household income by the earnings of farm service. In 1851 Robert was working as a farm labourer.

Robert’s obituary records that he had a close association with Robert Key. So intense was their intimacy that it was common practice for one to speak about ‘Father Key’ and the other about his ‘Son Yorbet’.

Robert’s ambitions began and ended with his circuits. It was in the pulpit, not in the committee room, that he came to his own – that he was seen to best advantage. In every sense of the word, he was a master of assemblies, a man who could sway the crowd.

Careful preparation lay at the back of his public efforts, but once upon his feet he needed no further regard for the exact ipsissima verba of his manuscript.

Ritualism and sacredotalism wherever revealed aroused his intensest opposition, and called forth his most unsparing invectives, almost too unsparing, one has sometimes felt.

Robert married Matilda Collins (1834-1929) in the summer of 1859 at Norwich, Norfolk. Census returns identify six children. (The 1911 census records Matilda had eight children, 3 of whom had died before the 1911 census.)

Robert died in 1911 at Thetford, Norfolk.

East Anglian Champion (418 KB Adobe Acrobat document, opens in a new window)
Transcription of an article in the Christian Messenger 1915