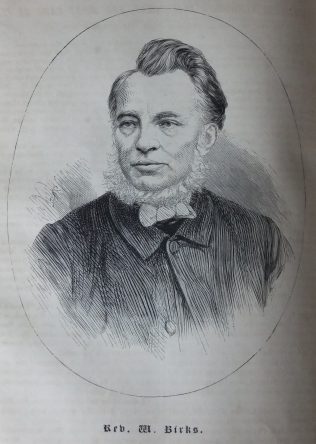 William was born on 29 November 1829 at Tideswell, Derbyshire.

William’s family moved to Marple when he was young. He attended a Wesleyan Sunday School, but it was through Primitive Methodists that he was converted in 1842. William moved to Stockport and, for several years, he was a Sunday School teacher and the Secretary of a Missionary and Revival Band. He became a class leader and local preacher.

His obituary records that he was a careful, peaceful, plodding circuit preacher; a diligent, devout and faithful pastor; attentive to family visitation; and always eager to win the affection of the young.