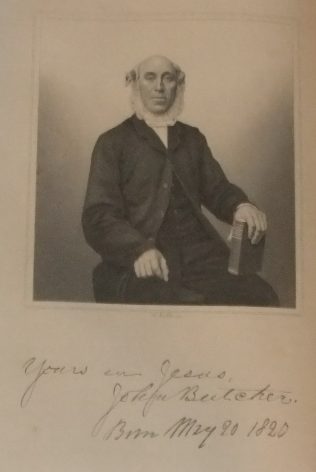 John was born on 25 March 1820 at Highway Stratton, Hampshire to parents John and Anne. He was baptised on 28 May 1820 at East Stratton.

John is closely associated with the history of the Primitive Methodist church in Bristol having spent some 20 years in the city as an active and supernumerary minister.

His obituary records that his preaching was pointed, earnest, forceful and intensely practical, his sermons being full of scriptural truth and aiming to produce definite spiritual results.

John married Emma Richmond Case (1827-1889) in the spring of 1853 at Poole, Dorset. She was the step-daughter of Robert Langford, also a Primitive Methodist minister.