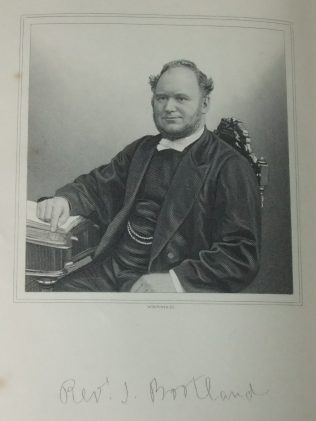 James was born on 29 May 1819 at Tadcaster, Yorkshire. He was converted in 1831 along with a brother and sister. They held prayer meetings together, established family worship and eventually their parents were converted. James became a local preacher at the age of 15.

James health completely broke down in November 1879 at Leeds. For a period of almost ten months he was completely laid aside and forced to seek perfect quiet. He retired to Silsden where he did good work in the church but was unable to preach again.

His obituary records that James was full of hopefulness and joy; there was a light in his countenance, and inspiration in his words; so that he was always sure of a hearty welcome in the homes of those who knew him, and commonly left behind him influences fitted to help them in the affairs of their daily life.

James died on 24 April 1896 at Farley, nr Leigh, Lancashire and was buried at Silsden with his wife.