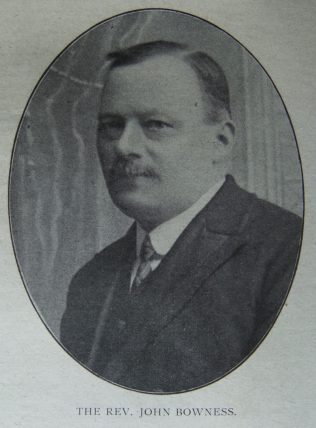 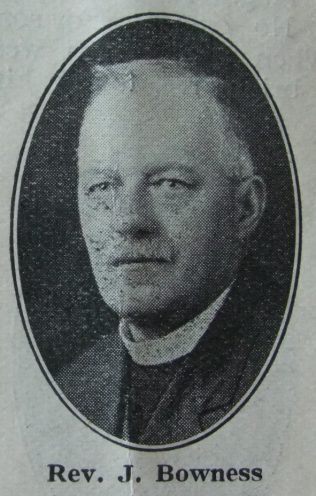 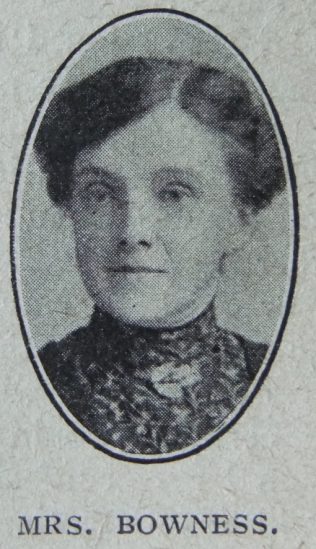 John was converted under the ministry of Rev F Rudd when aged thirteen and was authorised to preach at the age of sixteen. Before entering the Manchester Theological College, John spent a year in the East Keswick Collegiate School under the tutorship of Rev H B Kendall.

In his second appointment at Monmouth, John was a probationer superintendent.

Perhaps through accidents of circuit conditions, John was more engaged in clearing off church debts than in erecting new buildings.

John served as Temperance Secretary in two Districts and as Building Committee Secretary.

His obituary records that there was a delicate reserve and independence about John, a quaint rustic sense of fidelity, a love of the commonplace and unadorned, which showed in the open and unaffected quality of his character and workmanship. Wherever he lived, whatever he was engaged in doing, whenever he spoke in private or in public, one could discern the plain honest gentleman who had learned his values on the slopes of Galilee and in the streets of Judea.

He was unskilled in rhetoric, and would not be described as a fluent orator, though he could lift the hearer at times to a high altitude of intense feeling and conviction. He was ever a thoughtful and rich expositor of the Word, whose quiet and rather subdued manner had the effect of making the Truth both grow and glow within the soul. His preaching had the effect not of a meteor, but of a steady shining star, stimulating trust and reaffirming one’s faith in the trustworthiness of God.

John married Isabella Allison (1866-1936) in the summer of 1896 at Middleton-in-Teesdale, Co Durham. Isabella was a sister to Rev John Watson Allison. Their only child died in infancy.